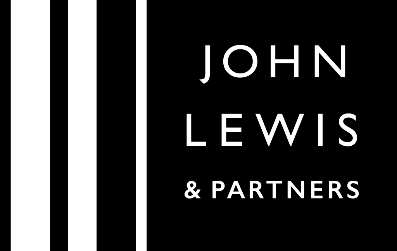 In the face of extreme competition from Amazon, many brands are looking for ways to supercharge their own software capabilities and boost their ecommerce operations.

The ability to develop new technological solutions and make changes to online portals quickly and effectively is a crucial element of remaining competitive. So-called agile development is an important skill to have in the ecommerce toolbox, but one which is harder to achieve when software and IT is outsourced to third-party companies.

This is what is inspiring many brands to bring their software development in-house so they can more closely align these departments with brand ethos and goals.

John Lewis recently went through a huge rebrand and changed its name to John Lewis & Partners.

The move was designed to more closely align the company with its other brand, Waitrose (now Waitrose & Partners), and offer unique customer experiences, both in-store and online. However, John Lewis is still primarily thought of as a brick-and-mortar retailer, and it needed to find a way to make its software development cycle more streamlined and agile.

"40% of our business is now online and we want to get our partners actively involved in this work," said Head of Testing at John Lewis & Partners, Alex Wotton. "This is partly to improve business outcomes, but also because we want to give our partners better, more fulfilling jobs [John Lewis refers to employees as partners, partly because they own stakes, via a trust, in the business.] The rationale was that those partners working on the company's ecommerce platform will understand the customer's journey and needs much better than a third party would."

This has led the company to follow the example of many others by bringing its IT and software development in-house.

An important component of this move has been the company's adoption of containerisation for app development. The adoption of these tools has helped John Lewis make software development and quality assurance more intuitive. A consequence of this containerisation is that the end products are more accessible and intuitive across the entire ecommerce business.

"Leveraging the relationship for us was all about making sure that we were getting good-value traditional testing offshore," added Wotton. "In changing this relationship, we went through a series of stages, starting with getting the right contract in place for the changing dynamics of how we test. Originally, we were outsourcing large programmes of work, which we called our super-tankers, and which needed big, Waterfall-type testing practices. Two years ago, we reached the recognition that we needed to deliver faster."

John Lewis reported last year that its profits were down by a massive 99 percent, and it's laying a lot of the blame for this at the feet of Amazon - or rather its own failure to respond appropriately to the challenge of Amazon.

The in-housing of IT development is part of a wider fight back at John Lewis & Partners involving a suite of digital innovation. One such innovation, named "While You're Away", has Waitrose trialling a new scheme in partnership with Yale smart locks, which will help its home delivery service become even more convenient. In the new scheme, Waitrose drivers are given a temporary access code which allows them to unlock Yale smart lock technology and deliver groceries into the homes of customers and unpack and put them away when the customers aren't at home.

"There is certainly an increasing demand among our customers to make shopping with us even more convenient to fit around their busy lifestyles," said Head of Business Development at Waitrose & Partners, Archie Mason. "Rather than waiting for a delivery or trying to put everything away, it gives customers more flexibility to use that time differently, including more time enjoying cooking and eating the food they've bought. The concept of in-home delivery has started to prove popular in other countries, so we are keen to establish if there is an appetite for it in the UK."

The code will be sent to a secure app when the driver arrives at the address and automatically deleted once the delivery is complete. Customers dictate whether they are happy for goods to be put away in cupboards, freezers, and refrigerators, or just left on the side.

Digital innovation is the key to brands keeping pace with Amazon. Whether it's adopting new development disciplines such as agile, or technological schemes such as While You're Away, John Lewis & Partners is setting itself up to succeed in ecommerce.

Download the agenda today for more information and insights.