The omnichannel imperative for retailers has never been more pressing. In the UK, 95% of shoppers interact with a brand across multiple channels - meaning that there now remains only a very small minority that stick to just one channel.

Indeed, as Andrew Banks, Head of Ecommerce at British fashion and homeware retailer Matalan, puts it, "Today's customer will research on the website and buy in-store, or they'll research in the store and buy online. They don't care about channels; they care about convenience." 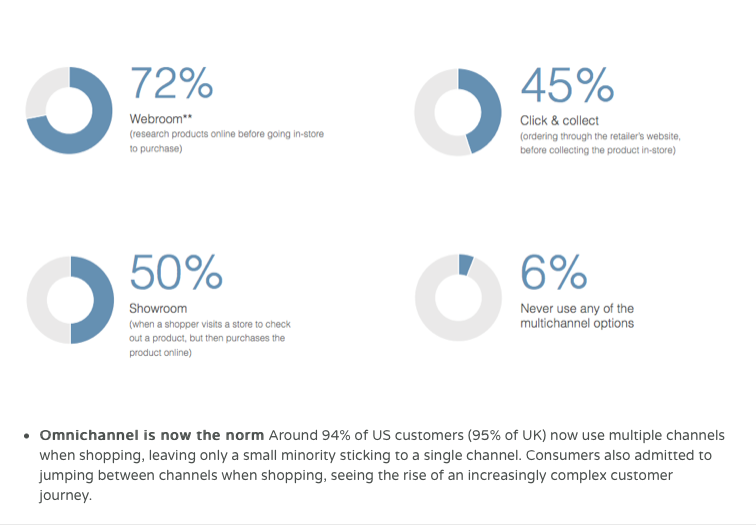 Matalan has indeed always been committed to understanding its customers and building stronger relationships with them. The retailer values its online channels as much as its offline channels, and clearly recognises the importance of investing in both. With 71% of UK customers now webrooming (i.e. browsing online and purchasing offline) and 51% showrooming (browsing in-store but then purchasing online), there's no room left for retailers to be picky. And this is why, in 2016, Matalan decided to adopt an omnichannel strategy that could better reflect changes in customer behaviour, and better serve those customers' demands and expectations.

Matalan makes no bones about promoting its online channels in stores. Historically, sales attribution models have sometimes served to discourage store staff from guiding customers towards a retailer's website, due to the fact they would risk losing out on a potential sale, impacting their targets.

However, in a world where consumers are distinguishing between online and offline channels less and less, maintaining focus on the wants and needs of the customer means putting an end to this outdated approach.

Matalan certainly understands this, and makes extensive use of signage throughout its stores, encouraging customers to take advantage of being able to browse extended product ranges online and make use of the fulfilment options available.

Click-and-collect is a case in-point here, and Matalan publicises this option as much in its physical stores as it does across its desktop and mobile sites, and email marketing materials. With 47% of UK customers now using click-and-collect services for the speed and convenience they offer over other fulfilment methods, it of course makes great sense for Matalan make its stores double-up as fulfilment centres.

Indeed, according to Practicology's Omnichannel CX Report, although 90% of retailers now offer a click-and-collect service, only 57% of them clearly promote it on their websites, and only 33% in stores. Matalan is the clear exception here. As a now omnichannel-focussed retailer, it understands its customers and recognises the need to promote its fulfilment services in every way it can - both on- and offline.

If there's one market transformation that could be said to have had the most significant impact on consumer behaviour over the last decade, it is the spread smartphones that arguably takes the cake.

63% of retailers - including Matalan - featured in Practicology's Omnichannel CX Report had embraced this trend by offering customers free in-store Wi-Fi. This of course encourages even more showrooming, which is often viewed as a threat to bricks-and-mortar locations, as consumers can view products in stores and then head online to purchase from a competitor at a cheaper price. Amazon, of course, has been a direct beneficiary of this consumer behaviour over the last decade, and now that it's moving into the bricks-and-mortar world, it has patented an algorithm designed to discourage this kind of mobile window shopping, presumably to ensure that it doesn't suffer the same fates of those it's conquered (and block other retailers from deploying something similar themselves).

Taking that last benefit in particular, Matalan has been building on its investment in Google Analytics 360 as part of its omnichannel push. The retailer has been utilising Google's Store Visits reports, which use geo data gathered from mobile devices and machine learning technologies to give bricks-and-mortar retailers an insight into the number of users who view an online ad and then visit one of their physical locations.

The retailer also made use of Store Sales Direct to gather transaction data that reveals whether an in-store purchase came from a new or returning customer, and whether the customer was a walk-in or click-and-collect.

The reports showed that mobile ads for certain product lines - such as luggage and school uniforms - which had previously appeared to be performing poorly online, were in fact driving a significant number of in-store visits and sales. This insight then informed Matalan's proximity-based ad bidding, and allowed the retailer to conduct trials assessing the value of upping their Google AdWords spend targeted at users within a defined radius of a physical store (see video below).

"We found that users in close proximity to a store were much more likely to visit after clicking on an ad," explains Banks. "Having the right KPIs and metrics in place means we can run experiments like these and really understand what difference it makes to our bottom line."

Reorganising a Thirty-Year-Old Business for the Mobile Age

Matalan has gained important insight from its venture into omnichannel, not least in realising that for every online transaction driven by digital advertising, a further six customers visited a bricks-and-mortar store. And as for ROI on its Google mobile ads - for every PS1 spent, PS46 was returned in sales, PS31 of which came in-store.

In response to shifting consumer behaviour, and through understanding how in-store customers use mobile, Matalan's omnichannel journey has gotten off to a flying start. The last word goes to Andrew Banks.

"Reorganising a thirty-year-old business for the mobile age is never going to be easy, but having powerful data like Google Store Visits, alongside our existing sales data, makes the case for building more local tactics into our online strategy. We're just beginning our journey."

You can hear Matalan's Head of Ecommerce Andrew Banks speak at eTail Europe 2018 this June, at the Queen Elizabeth II Conference Centre, London.

Download the agenda today for more insights and information.