Here's How British Ecommerce Businesses Can Get Ready for Brexit 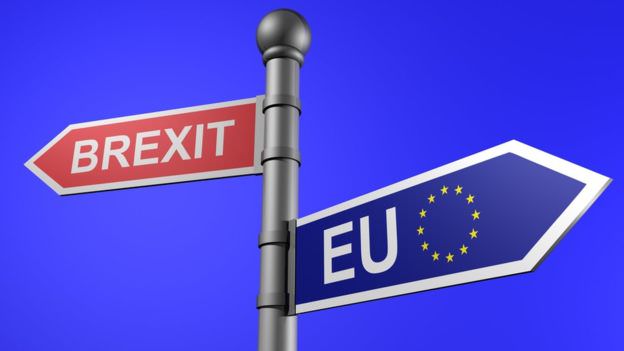 Ever since Britain held a referendum to decide the future of its membership with the European Union the business world has been wracked with uncertainty. However, there are some ways post-Brexit ecommerce companies can make sure they're ready.

On the 23 rd June 2016, 72.2% of the British electorate went to the ballot box to place their vote on whether the UK should remain a member of the European Union (EU). Once the ballots were counted, the vote to leave had won with a slim majority of 51.9%. Following the result, Article 50 of the Lisbon Treaty was invoked by the British Government on 29 th March 2017, formally beginning the Brexit process. The UK's departure from the EU is due to be completed on 29 March 2019.

While the details of exactly what Brexit will mean for both the EU and the UK is still very much up for debate, there is little doubt that it will have significant implications for cross-border ecommerce.

By the end of 2017, the EU ecommerce industry was projected to be worth around EUR 602 billion. That figure represents a 15% increase from the previous year, and a 14% year-over-year growth overall. By way of comparison, the same industry in the United States was only predicted to grow 8-12% during the same period.

However, with the UK contributing 33% of all online sales in the EU, Brexit has the potential to severely disrupt this growth. The pound immediately weakened following the referendum result, and consumer confidence has been damaged. While the currency has since somewhat strengthened in the time since the vote, it has still not returned to its previous levels.

"Right from the minute we arrived in Portugal this month and received EUR22 euros for PS25 pounds at a currency exchange desk for our taxi from the airport, to the increased cost of producing our latest collection out there, the negative effect of Brexit in terms of currency fluctuations is very real," said designer Thomas Cridland, the eponymous fashion brand owner, which sees 30% of its sales come from Europe.

However, more significant in terms of ecommerce are the ways in which potential trade restrictions could complicate cross-border post-Brexit ecommerce between the remaining member states and the UK.

Presently, the so-called 'open border' policies which exist in the EU allow goods and people to move freely between member states. When it comes to goods, this means that consumers and companies can do business with one another free of the sorts of customs and import taxes which non-member countries would be subjected to. While there's a possibility the UK will join the European Free Trade Agreement (EFTA), and remain within the European single market, it is more likely that Brexit will involve the UK and EU needing to negotiate a new agreement which may include tariffs and charges on cross-border shipments.

The best way to prepare for the possibility of the pound continuing to be relatively weak against the Euro and USD will be to make sure your ecommerce website has the option for customers to select between different currencies during the checkout process. If your e-store platform provider doesn't offer this feature, it may be time to consider a change, as it seems likely that ecommerce sites which don't may struggle to penetrate these markets.

However, once Brexit occurs, UK ecommerce companies should expect to see an increase in custom from British consumers. The UK accounts for a third of EU online sales and, as British shoppers try and avoid increased shipping costs and tariff charges, they are likely to start looking closer to home. This should lead to UK ecommerce companies revisiting their marketing campaigns and looking for new ways of emphasising their services to the domestic market.

Shipping costs should also be at the forefront of ecommerce planning for the next few years. While it is unclear what additional costs exporting goods to the EU will incur after Brexit, it's fair to assume there will be increases - at least in the short term. It's important for UK-based ecommerce companies to make sure their shipping policy planning is flexible enough to quickly adapt to any changes.

While the waters are still murky, what is clear is that the post-Brexit ecommerce landscape is likely to be quite different from the present one. Companies which are flexible and able to adapt quickly stand the best chance of weathering the storm and continuing to succeed in the future.

"The main concern for online retailers is around the potential longer-term impact on shopper confidence. If shoppers experience a pinch on their spending capacity that lasts over a prolonged period, then that could present challenges to retailers."

Brexit's opportunities and challenges for digital retail is set to be a hot topic at eTail Europe 2018 , taking place this June at the Queen Elizabeth II Conference Centre, London.

Download the agenda today for more insights and information.